Coming Out for Equality and Statewide Protections 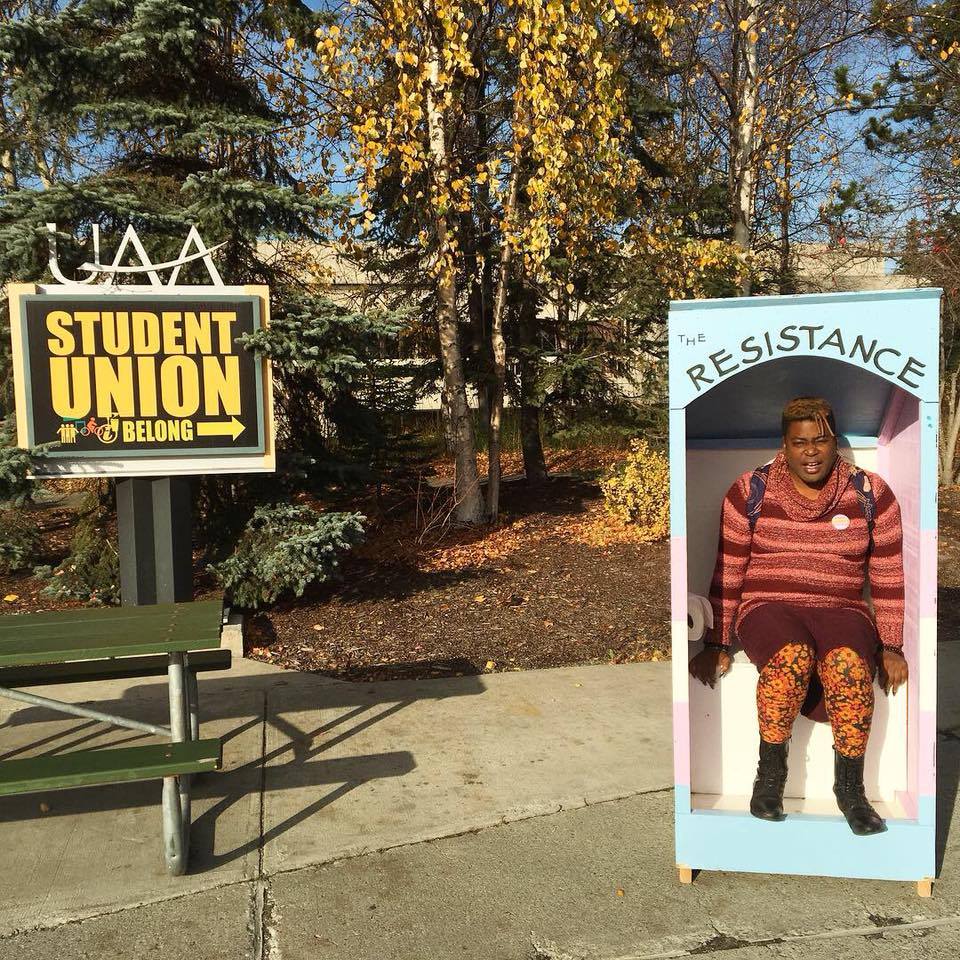 For National Coming Out Day October 10th, TLA decided to take the name quite literally. Coming to the University of Alaska Anchorage Trans Leadership Alaska dragged along the outhouse built for the Fur Rondy Outhouse Races, toting it as the “closet to come out of”. Lillian Lennon and MoHagani Magnetek tabled in the Student Union raising awareness for the special day and for an upcoming fight in Alaska’s legislature, the Statewide Nondiscrimination Bill.

Known as HB 184 in the 2018 legislative session, the bill is “an act to add to the powers and duties of the State Commission for Human Rights; and relating to and prohibiting discrimination based on sexual orientation or gender identity or expression.” With Juneau and Anchorage being the only two municipalities in Alaska upholding nondiscrimination ordinances (NDO) protecting individuals on the basis of gender identity and sexual orientation and Anchorage reaffirming it’s ordinance in April of 2018, the rest of Alaska’s LGBTQ+ community continues to be unprotected.

TLA strives for a state protecting the rights of all LGBTQ+ individuals and believes securing a statewide nondiscrimination bill will be a giant step in achieving that. We intend to be active on this topic as we enter the next legislative session.